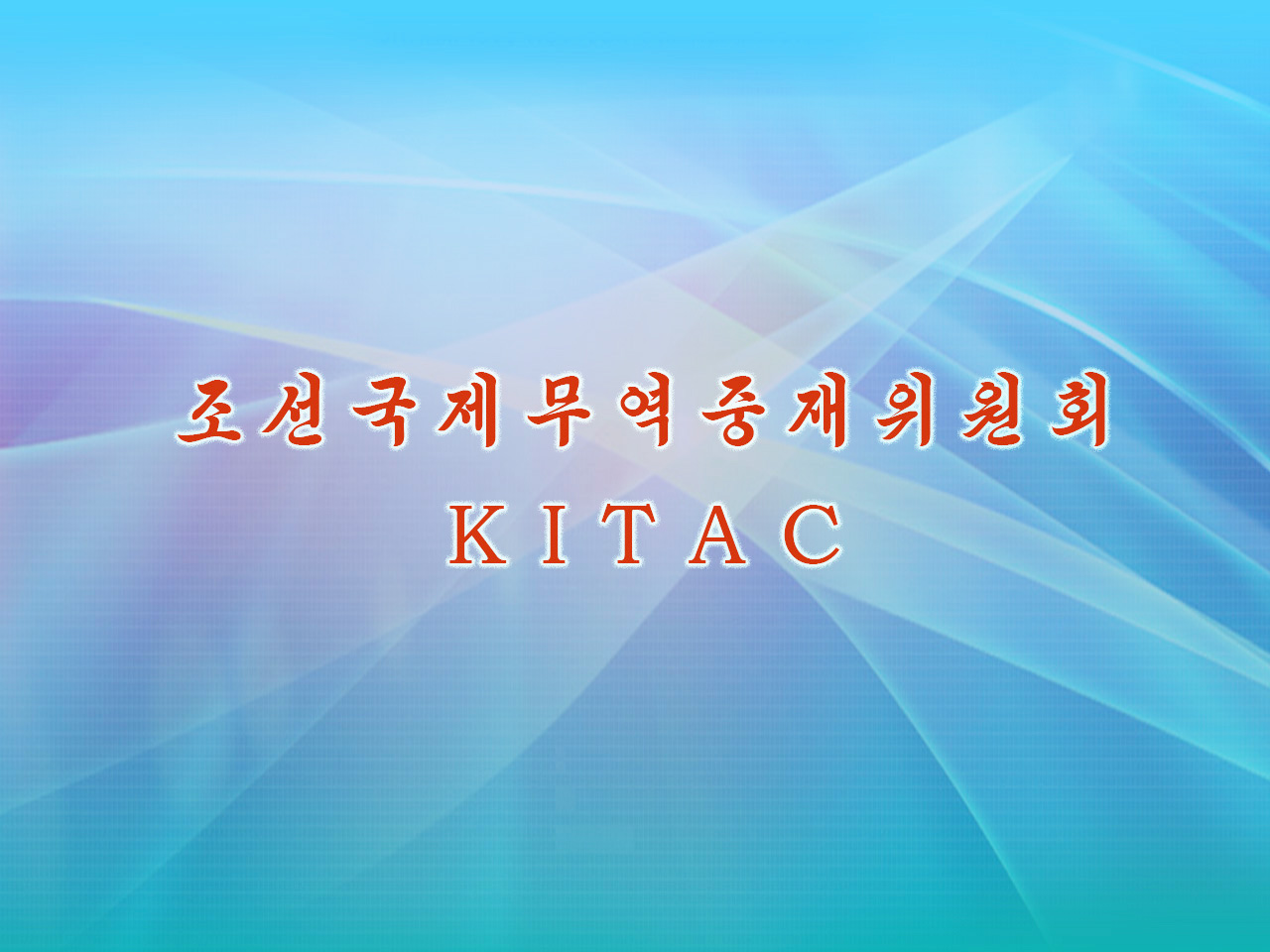 KITAC is a permanent international arbitration institution of the Democratic People’s Republic of Korea with responsibility for overseeing the settlement of disputes arising in the course of international business dealings.

KITAC was established on October 20th, 1955 as an affiliated organization with the Korea Committee for the Promotion of International Trade and is a fully integrated international arbitration institution within the Korea Chamber of Commerce.

KITAC is an independent and permanent institution which, through various means, such as conciliation, mediation and arbitration, insures the prompt and impartial settlement of international business disputes.

KITAC is located in the capital, Pyongyang and has a regional arbitration committee in the Rason Economic and Trade Zone.

KITAC consists of a Chairman, a Secretary-General and a dedicated team of staff.

KITAC maintains an extensive list of highly experienced arbitrators who have considerable expertise of legal, economic, scientific and technological and related matters.

Its main purpose is to oversee the protection of the rights and interests of the parties to a dispute through the resolution, in a fair, cost-efficient and rapid manner disputes that arise in the course of the international economic transactions such as trade, investment and service.

KITAC resolves the disputes that nationalities of the parties differ or the place of business, residence or domicile of at least one party is in a foreign country and the property in dispute relates to foreign countries.

And one of the parties involved is a foreign-invested enterprise of overseas Korean compatriot.

Parties are free to appoint arbitrators, select the place, the language and rules of the arbitration. They are free to choose the applicable law and may expect to maintain any commercial secrets.

KITAC arbitration process is far speedier, far more cost-effective than other major arbitral bodies worldwide and arbitration fees are considerably lower than in other countries.

Enforcement in Korea of an arbitral award is legally assured by law, specifically “Law of the DPR Korea on External Economic Arbitration”.

THE COMPOSITING PROCEDURE OF THE ARBITRAL TRIBUNAL

The selecting procedure of the number of arbitrators of the Arbitral Tribunal and arbitrators shall be agreed by the parties to the dispute.

If the parties have not made such an agreement, KITAC shall appoint 1 or 3 arbitrators and the composition procedure is as follows:

LAWS AND REGULATIONS TO BE APPLIED IN THE ARBITRAL SETTLEMENT

Laws and regulations applicable to the settlement of the dispute are as follows:

- The External Economic Arbitration Law of the DPR Korea (revised on July 23rd, 2014)

- The Civil Law of the DPR Korea, etc.

KITAC shall respect the international laws and practices relating to international arbitration and if applicable law for resolving the disputes shall be determined by the agreement between the parties to the dispute, the laws of the country agreed shall be applied.

“Any dispute arising from or in connection with this Contract shall be submitted to the Korea International Trade Arbitration Committee for arbitration which shall be conducted in accordance with the Committee’s arbitration rules in effect at the time of applying for arbitration. The arbitral award is final and binding upon both parties.”

At the same time, the number of arbitrators, the place of hearing, the arbitration language and applicable law etc. shall be clearly agreed.

THE FORM OF THE REQUEST FOR ARBITRATION

The request for arbitration (“RFA”) should state/include the following:

∙ The nature of the claims and the amount claimed (and other relief, if appropriate)

∙ The basis of the claim